Oil on canvas with clear quartz and chalcopyrite. 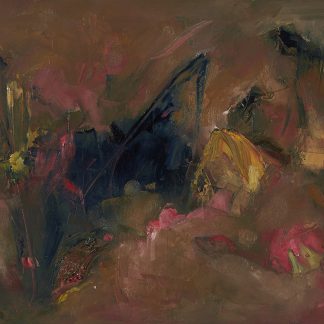