The Power, The Love

Oil on canvas with rhodolite garnet and pyrite.

While in Jordan, my friend and driver, Ibrahim, showed me magical places close to his heart, the most extraordinary of which was the trip into Petra at night. It felt like we were the only two beings on earth as we made our way through the long passage of the siq in the candlelight heading towards the Treasury. It was a trip to another time, if not another world.  Eventually, the square in front of the Treasury filled up and the evening became even more ancient as the music from another era began. These paintings are my attempt at recreating the magic of that moment. 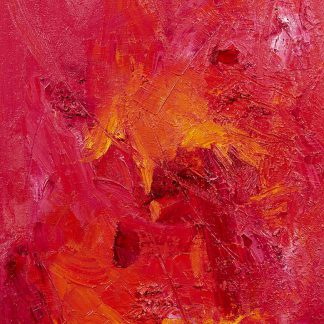